“The precise orthogonal geometries of the Opus’ elemental glass cube contrast dramatically with the fluidity of the eight-storey void at its center,” explained Christos Passas, project director at Zaha Hadid Architects. 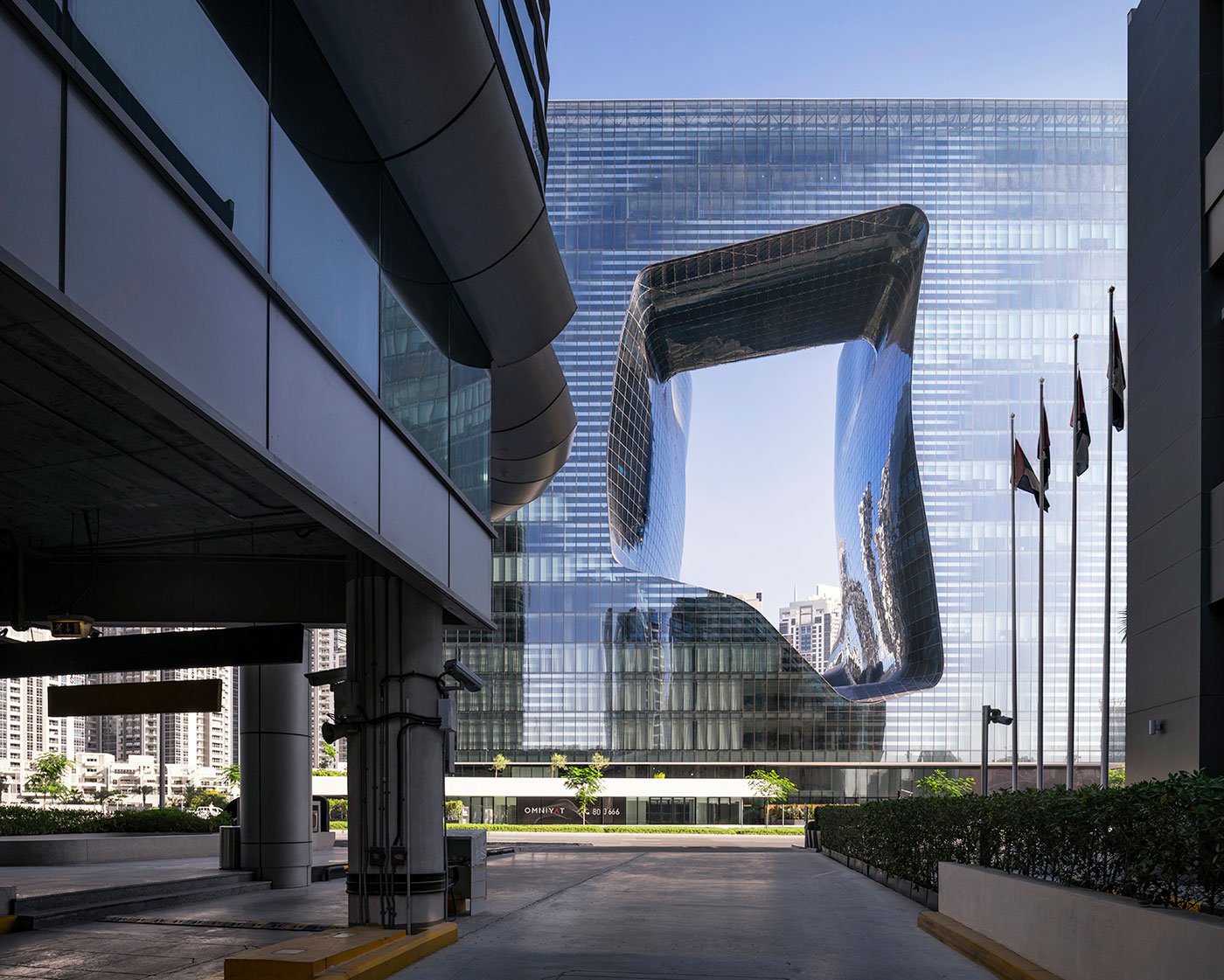 Home to the new ME Dubai hotel, the Opus is located in the Burj Khalifa district adjacent to Downtown Dubai and Business Bay on the Dubai Water Canal. Exploring the balance between solid and void, opaque and transparent, interior and exterior, the design was presented by Zaha Hadid in 2007 and is the only hotel in which she created both its architecture and interiors.

Spanning 84,300 square metres (907,400 square feet), the Opus was designed as two separate towers that coalesce into a singular whole—taking the form of a cube. The cube has been ‘eroded’ in its center, creating a free-form void that is an important volume of the design in its own right. The two halves of the building on either side of the void are linked by a four-storey atrium at ground level and also connected by an asymmetric 38 metre wide, three-storey bridge 71 metres above the ground.